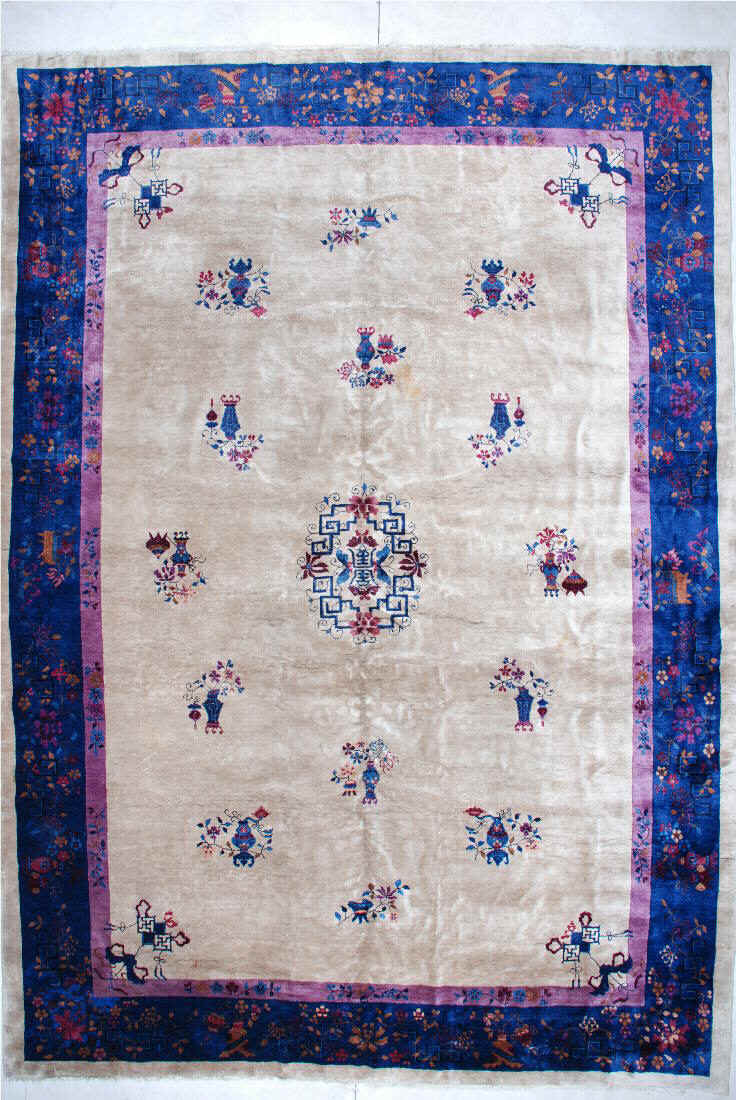 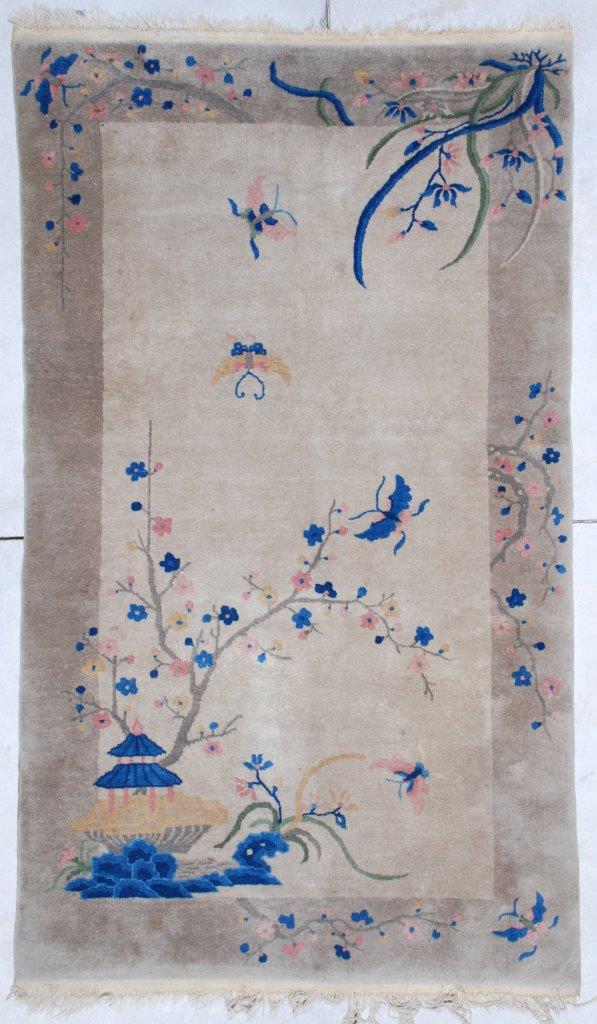 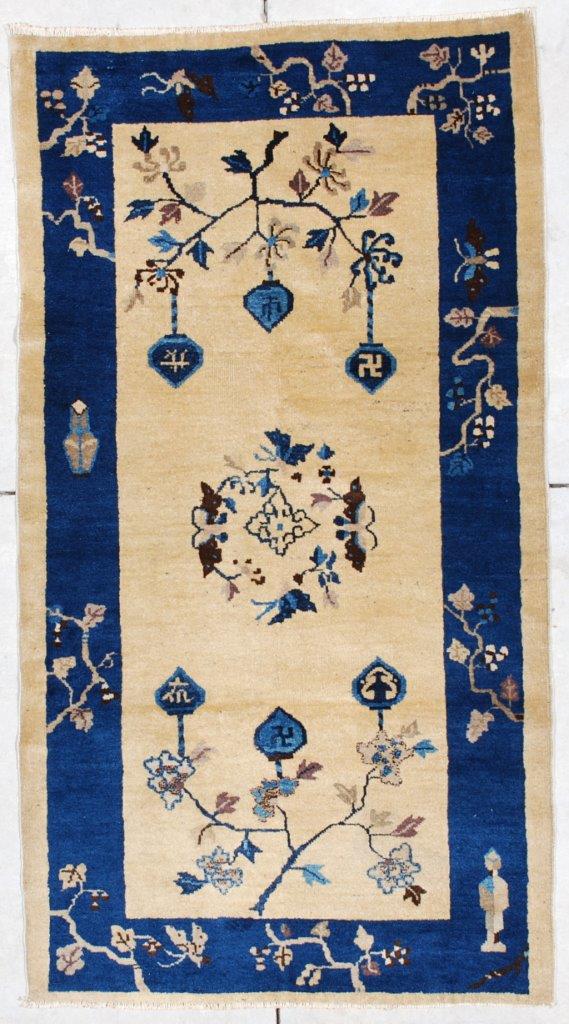 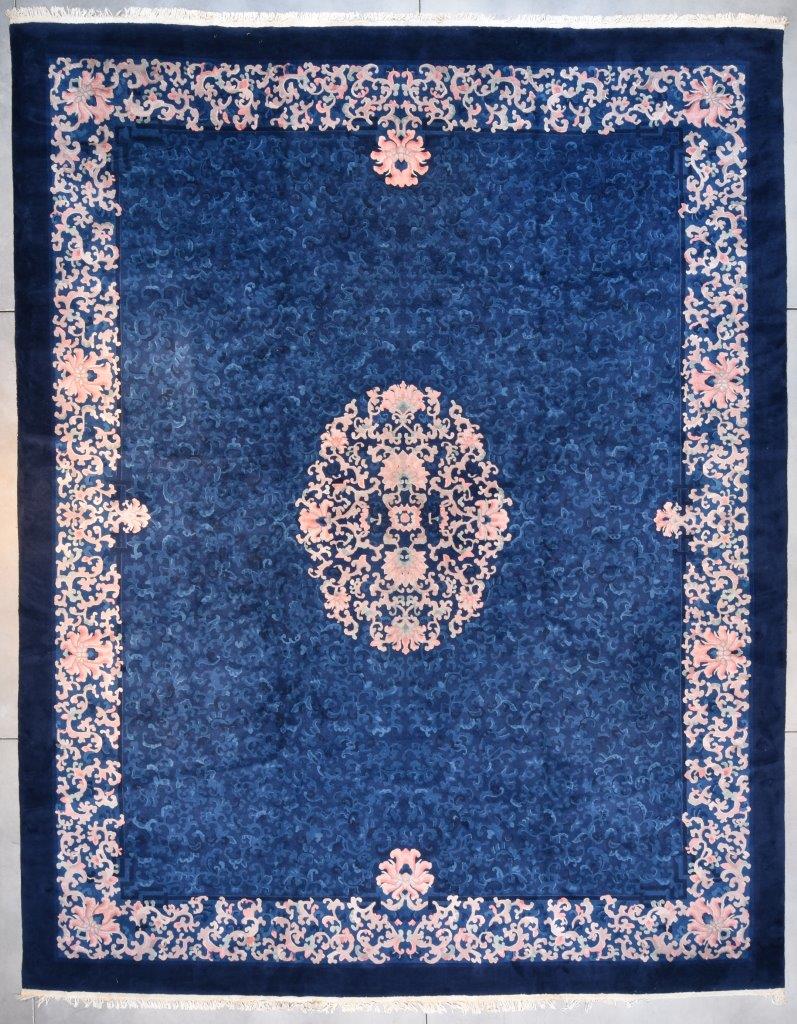 Excerpts from an article by: Jane Tulanian

The term Art Deco refers to the style launched at the 1925 Paris World's Fair Exhibition of Modern and Industrial Decorative Art.

Because of its low production costs, China became the hub for weaving Art Deco rugs exported to the States. There were hundreds of factories producing rugs but it was two enterprising Americans who dominated: Helen Fette and Walter Nichols. Little did they know their names would become synonymous with the term and virtually all rugs woven during that era, which ran from the mid 1920's to around 1935.

Helen Fette went to China as a missionary, selling small rugs to raise funds for charities. She teamed up with Chinese rug manufacturer Li Meng Shu to form the Fette-Li Company. They started producing rugs out of the Peking area in the early 1920's and were one of the largest exporters of the period. Fette rugs are recognizable by their floppy feel. The cotton warps are thinner and more pliable than those used in Nichols carpets, resulting in a soft, supple feel to the pile.

In 1924 Walter Nichols opened the doors of his venture, Nichols Super Yarn and Carpets in Tientsin, North China. Super Yarn because of the machine spun yarn, the strong cotton used for the foundation, and the overall tightly packed weave of the rugs. In stark contrast to his Fette counterpart, a Nichols rug was quite dense and heavy.

Both Fette and Nichols placed identifying fabric tags on the back of their rugs. Nichols also stamped his name onto the backside of the fringe, however if the fringe has worn down or been repaired, the mark is usually absent. Because Fette and Nichols were so closely associated with the Deco period, rugs woven in their trademark style, absent any remaining identification marks, are routinely referred to as Fette or Nichols style.

No other Oriental rugs are as representative of their time as the Chinese Decos. The dynamics of the designs and the colors used are hallmarks of the era. It was a time of experimentation with abstract forms and unrestrained colors. The style arrived energetically, but was cut short due to the Great Depression. The few remaining factories were destroyed when Japan invaded China during World War II.